With the current uncertainty and fluctuations in the market due to COVID-19, you may think that now would be a good time to cash out. But, Ahmer Tirmizi of 7IM, explains why he believes that staying diversified, rather than cashing out, is the best thing to do right now: 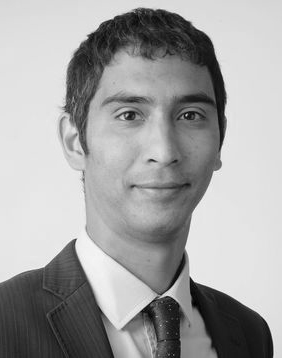 Markets are sharply up. The temptation to ‘cash out’ is rising, and that’s understandable. The last three months – yes, only three months! – have been a roller coaster.

Global equities hit all-time highs in mid-February before suffering their worst sell-off since the financial crisis. Investors who stuck with their investment plans have since recovered most of the losses. The problem is, for most people this doesn’t feel like it’s ‘part of the plan’ but rather feels like a ‘close call’.

But a close call implies luck. It implies that while the sell-off was due to the COVID-19 crisis, the rebound has been unwarranted – due to market exuberance or central banks blowing bubbles. This way of thinking assumes the news, info and knowledge about the situation hasn’t changed. But it has. We know lots more than we did three months ago. Here’s a list of seven things we have learnt:

As the saying goes, failing to prepare is preparing to fail. No-one could point the finger at China or South Korea for not being prepared. Their testing, contact tracing and quarantine measures have led the way in dealing with the virus. As a result, they were early to Dance. And they have reaped the benefits – the strongest economic rebounds are happening in East Asia.

But even the best plans don’t always go smoothly. Last month there was an outbreak in Seoul – within two weeks 46,000 people were contacted and tested – this led to bars and nightclubs being closed across the city. This weekend an outbreak in Beijing led to a city-wide lockdown.

2. This may be the crisis Europe ‘needed’

The last ten years were not kind to Europe. The decade started with Greece admitting it had cooked its books and ended with a surge of anti-European politicians in the seats of power. Phrases such as ‘kicking the can’, ‘paper over the cracks’ and ‘gloss over’ have been used to describe Europe’s attempts to deal with its issues. Hardly an ideal approach going into a global pandemic.

But three months later all of Europe’s economies, bar Sweden, have successfully flattened the curve, are restarting their economies, reopening their borders to one another and have thrown more money at the problem than any other region. To top things off, Germany has taken the lead role in dragging the rest of Europe out of this mess – symbolised by the €750bn EU-wide stimulus.

Reminder: be ready for positive surprises.

3. The US and UK: the worst of both worlds

As recent as October 2019, the Global Health Security Index Report ranked 40 countries based on their preparation for “Rapid response and mitigation of the spread of an epidemic”. The top two countries were, wait for it… the UK and the US. How quickly things can change.

In the US, New York and Illinois have seen some success but other large states, such as Texas and California, are opening up their economies even as caseloads rise. Florida was so desperate to reopen that it fired a data scientist for reporting the state’s COVID-19 cases.

Closer to home, the UK is also reopening in light of the recent announcement that its economy contracted by the most amongst countries part of the Organisation for Economic Co-operation and Development.

Both countries have gone through the same economic contraction as Europe and China but without the same success in bringing new case numbers down. This was unexpected.

Reminder: be ready for negative surprises.

According to endcoronavirus.org, three-quarters of the countries beating the virus are emerging markets. Countries such as Cambodia, Estonia and Belize are more successfully keeping caseloads down compared to the UK, US and Sweden.

Reminder: look beyond the headlines.

The news that the UK economy contracted 20% made for grim reading. As did the news that over 20 million Americans became unemployed. But often this data just confirms what we already knew. It’s hard to believe this but the recovery has already started. The latest data is showing the effects of the reopening: 2.5 million Americans got a job last month. That’s an all-time record. Also, retail spending was up 17% in a month – the most ever.

This is not to make light of the situation. Millions of people remain unemployed and economic hardship continues. But things are markedly better than they were just a month ago.

In the depths of a crisis, it is always hard to see the light. Households spend less, companies make less, people get fired, households spend less… and on it goes. Will the cycle continue? How does it end? Does it just keep going? In reality, economies tend to be self-stabilising. Not everyone becomes unemployed and when people gain enough confidence, they spend again.

But governments often speed up the process. No matter when the next election is, they know nothing is more punishing than voters blaming the government in power for their hardship. It’s one of the iron rules of politics. So out come the cheque books and down go interest rates. This crisis may have seen record bad economic data but it has also seen a record policy response. Today the Bank of England has announced an additional £100bn into the UK economy. And on it goes.

7. The US–China relationship may continue to socially distance

Coming into the year, relations between China and the US were not the best. US politicians are known for agreeing on two things: nothing, and China. Acts such as pulling out of the WHO because it was too soft on China make the relationship even more strained. As the US draws back from being a global leader, China fills the gap and expands its sphere of influence.

The coronavirus crisis has played a unique role in pushing the politics even further. The virus has forced huge numbers of people to all work from home. And the experience from East Asia is that the authorities require technology to enforce contact tracing effectively. These forces play right into the hands of the big tech companies in both countries. The country that wins the tech war will have the greatest sphere of influence globally. This is already impacting how each country’s tech companies do business in the other. The Huawei export ban was just the opening shot of the tech trade war that is likely to go on and on.

Not all of these are positive developments. But the investment implications are also not straightforward. Staying diversified will ensure some exposure to some of the most positive outcomes while mitigating the outcomes of the worst. So rather than cashing out, we believe investors should remain invested – not knowing what’s going to happen next is actually all part of the plan.

If you would like to discuss your investments with us, give one of our advisers a call today on 01483 205890